Richard M. Karp, a professor at the University of California, Berkeley, presented the seemingly esoteric talk, “The Algorithmic Nature of Scientific Theories” at the recently held symposium 2016 sponsored by the Computer Science and Telecommunications Board.

STEVE LOHR reports that an algorithm is a step-by-step recipe for calculation. It is a central concept in both mathematics and computer science.

This is only one of multiple such presentations at the symposium. I’ll watch for futher reports. Let me know if you see one first.

It appears that future behavioral and social scientists will use algorithms more than scientific formulas to stay on the front edge of research and learning theories.

That’s an exciting prospect for teachers. I can imagine that means changes also in what teachers learn about learning and curricula changes in K12 to exploit these dynamics.

I wonder how many fifth grade teachers have started adapting their teaching of biology as an information science based on algorithms as they help prepare future scientists? 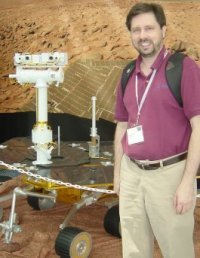 Loren Heiny (January 26, 1961 – July 25, 2010) developed applications, such as the Silverlight-based Search TIP and Math TIP, MathPractice, WebcamNotes, ShareKMC, and many more. His personal blog is a great resource for Tablet PC and UMPC developers. Loren wrote numerous books on programming and is an experienced commercial software developer. His first love was Robotics. Microsoft awarded Loren a Tablet PC MVP each year since 2003.

All About Loren Heiny