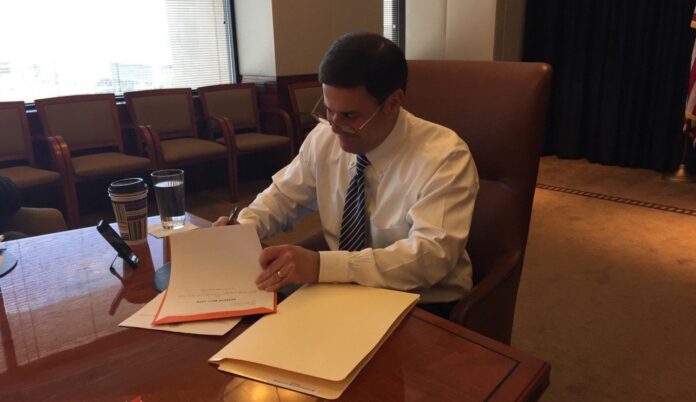 The lobbying group Center for Arizona Policy has been trying to restrict abortions in Arizona for years. The photo of the Governor signing the legislation was tweeted by the conservative organization.